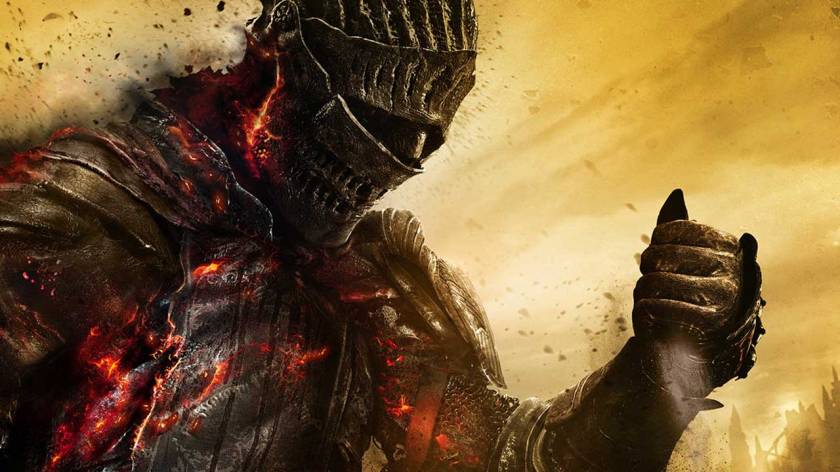 I’ve been quite intrigued by the lore and dark style of the Dark Souls Video Games.   Games where death is a big theme, every item you find has a rich and interesting history, and the world is full of grim characters with rich history and monsters and Big Bads are unique and have large stories to tell.   I have wondered how to incorporate the feel of this type game into an RPG.   I know I am not the only one.  Andreas Walters of Metal Weave Games was having the same thoughts I was and Kickstarted a Monster/Setting book in the Dark Soulsian Vein called “Embers of the Forgotten Kingdom.”  As I wait patiently for the setting to be delivered to me from Metal Weave’s talented group of writers, artists, and designers I have mulled over rules for a Dark Soulsian RPG.

Now, what do you need from a Dark Souls RPG?  Well, the game is known for its tactile precision combat.  To be honest, that is best handled with a Video Game, I don’t want a miniature heavy RPG I want the FEEL for Dark Soul’s World not of its fighting mechanics.  So we are taking that off the table.  Sure I plan on fights to be hard and punishing and death of the players to be a common occurrence, but I don’t want all the bookkeeping needed for that type of fighting.

But what engine should I use?  To be honest the first one that came to mind was Cypher System.  I am quite familiar with the ins and outs of the system, and there are certain aspects of the system I thought I could hack for quite interesting results.

First I will say off the bat, all of my ideas have yet to be play-tested.  This is more an exploration of ideas than a full ruleset.   Feel free to come up with counter arguments or your own Ideas, I’d love to hear them.

Second, the rules I am describing are for a game with 1 or maybe 2 PCs.  The Cypher Rules I am breaking could easily be exploited by a large group and end up with a messy broken game.

Yup, here is potentially the most Game breaking change.  No Tiers. So no XP Restrictions. Spend your XP how you want.   Want to put the first 4 advancements into your Might pool?  Go for it.  In Dark Souls you had to pick and choose where you put your advancements based on how you wanted to build your character. I think you should be able to do so here as well. However, as the GM you better believe I will exploit their shortcomings from time to time.

Because of Type Abilities, I might consider upping the XP requirements to acquiring Abilities by tier. (5 XP for Tier 2, 6XP for Tier 3 etc.… ) Thoughts?

But What about Foci Abilities you ask…..  Well, that brings me to the Second major rule change.

Yup, You will just be known as a Clever Warrior…. Until of course, you attune yourself to the Spear of Zhota the Banished…  bear with me.  Remember when I was talking about having Items with a rich and Interesting History?  Well, what better way to make these items mean something as to have them infused with a Foci.  For Example:

The Spear of Zhota The Banished

Zhota was a warrior monk from the Trimpali Order, who favored the spear above all weapons and mastered his craft.  He, however, was betrayed by Filio his lover who was jealous of his skill.  Filio conspired with Craga Lord of Lightning to kill Helimo leader of the Trimpali Order but implicated Zhota as the murderer as an attempted Coup.  Filio took command of the order and Zhota was banished.  But Craga who enjoyed meddling in the lives of men whispered the truth to Zhota expecting him to enact revenge on Filio. Instead, Zhota took his spear and shoved it through the Craga’s Electric Heart killing the Lightning Lord.

The Spear of Zhota the Banished, Once attuned gives you “Rides the Lightning”

Items (be them weapons, armor, trinkets, etc.) infused with a Foci can be leveled up by spending XP on them much like leveling up a character, granting the player access to higher Tier abilities from the Foci.

Players must attune to an Item (more on how you do that at a later date, but it would be something easy like resting at a fire) in order to gain the Foci, and to start they can only Attune to one Item at a time.  (more attunement slots may, Or may not be unlocked later)

The thinking behind this idea is as a single PC campaigning being stuck with one Foci all game could get rather dull.  This allows me to spread lore with cool items and gives the player another place to sink XP.  Having them leveling up Multiple items to have access to Higher Tier Abilities allows for even more player choice.

Now I could make it so in order to level up an item they must take it to a certain NPC who reforges it or cast some divination on it or however the lore of the land will make it better.. But I am not sure.  It could be more engrossing lore wise, but could also be a pain.

That brings me to the third and final big change I’ll talk about in this article and it is probably an obvious one. 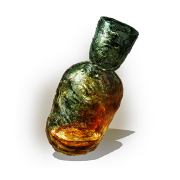 You start out with 4 recovery rolls a period.  They all take an action (or maybe a reaction) in order to perform.  Like the Estus flask, I am sure you can get more uses and you will be able to increase their potency.  I still haven’t decided how you get them back if it is simply ‘rest the night’ or ‘at sacred shrines’.  Campaign development, after I see the Lore of Metal Weave’s Ember book, will help clear up specifics.   Having creatures come back from the dead once you regain your Recovery Rolls would make a Tabletop RPG too grindy but there will be some other consequence associated with regaining your Recovery rolls I just don’t know what yet.

So we’ve come to the end of my First Article about Hacking a Dark Souls Cypher.  I don’t fancy myself a game designer or developer, rules to me are usually the least interesting parts of RPGs but I hope my rule changes are sound.  I hope to playtest the ideas soon.  I’ll probably post more on my progress as it comes as well as Item write-up and Lore bits as soon as I read Through Embers of the Forgotten Kingdom and want to add my own little corner to the setting.

Please feel free to pitch your own rule changes, offer critiques on mine,  or just give general feedback.  I welcome discussion on this topic.